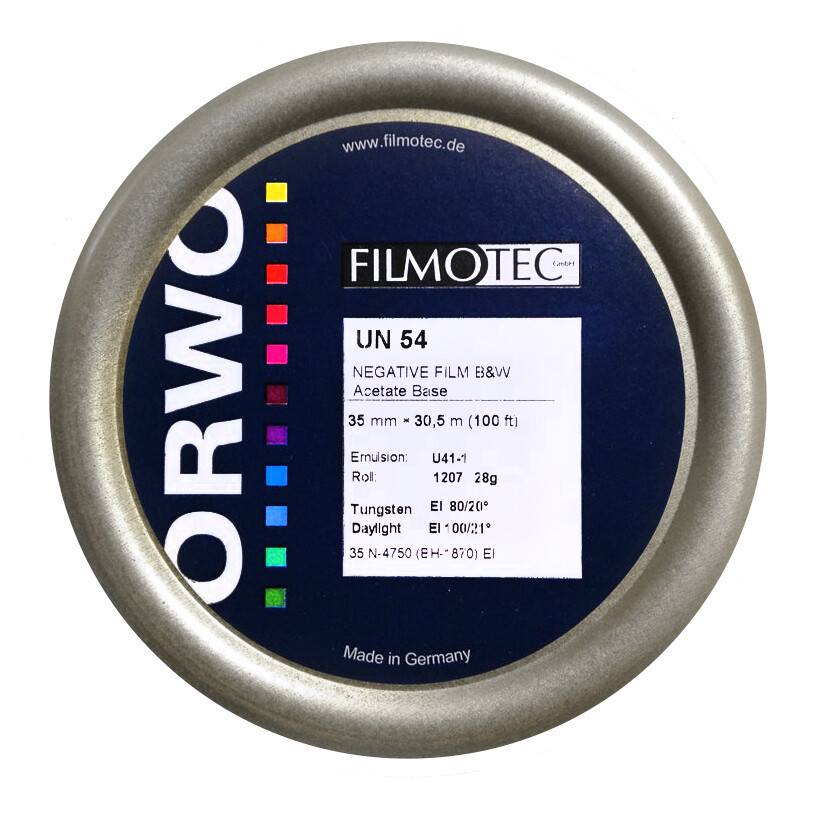 ORWO Universal Negative Film UN 54 is a panchromatic medium speed black-and-white negative camera film for both outdoor and indoor use. Following ORWO datasheet 4185 UN 54 film can be either processed as black and white negative (for digitisation or printing to b/w stocks such as PF2) or as a reversal film for direct, projectable positives. This film comes on cores for magazine loading cameras such as Aaton, Arri, Eclair and Panavision, as well as for 100ft bulk loaders for stills shooters.

Save this product for later
Display prices in: GBP